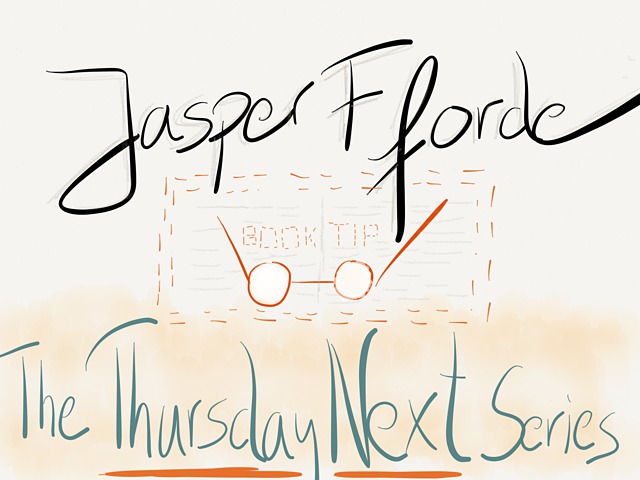 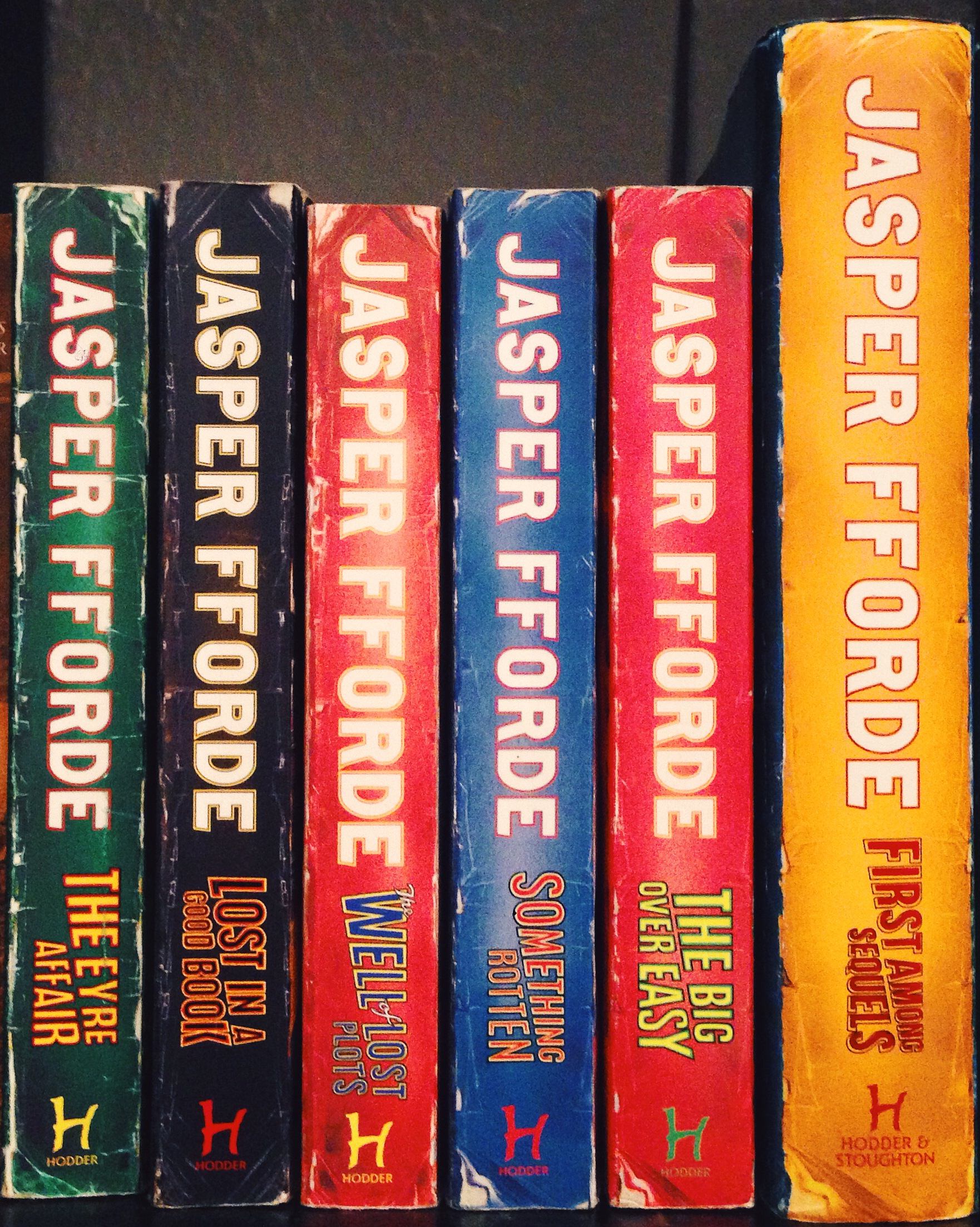 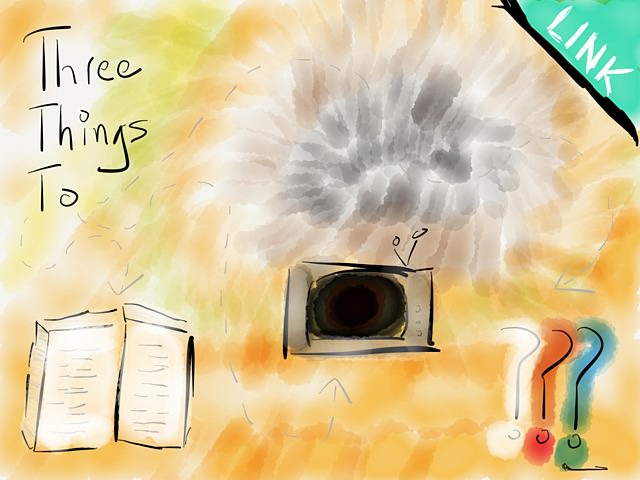 Readers of this blog might know that I enjoy reading and writing lists. Recently Mike from Three Things To Read, Watch, And Use emailed me if I’d be interested to share some good books, tools or things I’m interested in. His site is devoted to lists, so naturally the answer was yes.

If you follow the link you will see the nine items I choose to include in my media potpourri.

PS: I took the liberty keep my book suggestions focused on German authors. I seriously considered picking Walter Moers three times because I admire his creativity so much. But I’m a sportsman, I decided against it, promising myself to write about some of my other favorites here. 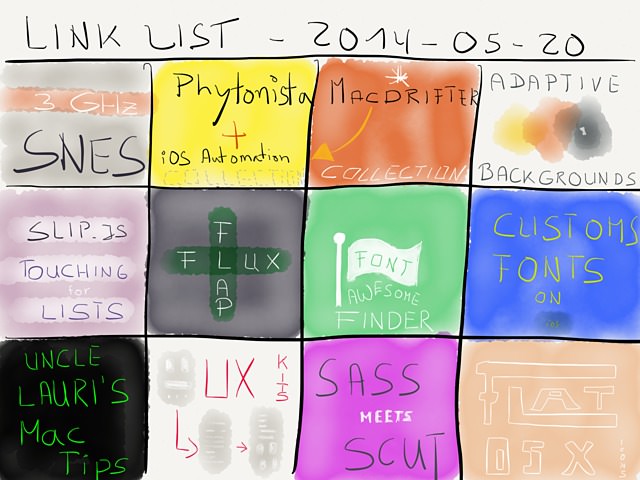 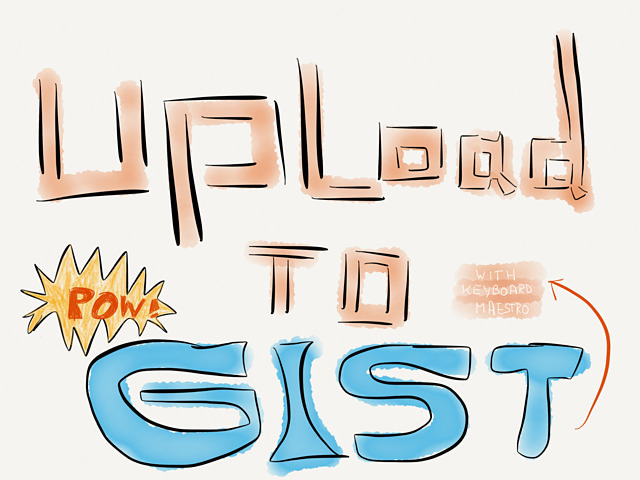 I’ve been forgetting to add syntax highlighting in most of the scripts I posted here. Today I was working behind the scenes of RocketINK and styled the Gist embed function of Jekyll along with fine-tuning the normal Pygments code highlighting. Long story short, Gist rocks and you will see nicer code on this site in the future. And… of course I had to make things easier and build a Keyboard Maestro wrapper around the gist gem from Chris Wanstrath the co-founder of GitHub.

Here’s a screen shot of the non-Jekyll version: 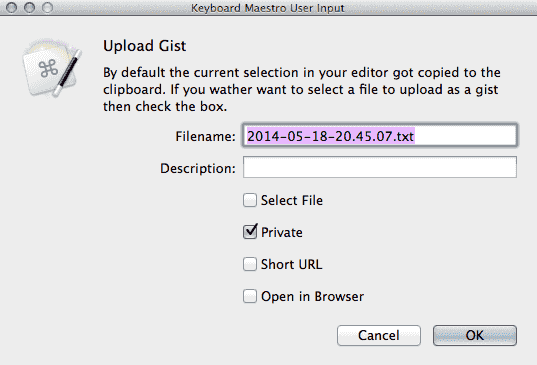 You can read the content from a file and upload it or (the default) upload the current selection.

The macro goes through the options that come with the gist gem and appends the options to the final shell script. I didn’t include all options, only these ones:

In case you miss something (like uploading anonymous) you should be able to add it easily by copying an IF-block from the macro and modify the parameters.

There’s only three things you need to do to get this macro started.

I added a second Macro to the download where the url gets converted into a Jekyll tag.

If you have more than one of these editors open, the macro will prompt you to choose one. If none is open the macro aborts and gives you a notification. The normal URL link to the Gist still waits for you in your clipboard.

You can have a look at all the juicy details in this tall, tall screen shot (which also marks the end of this post).