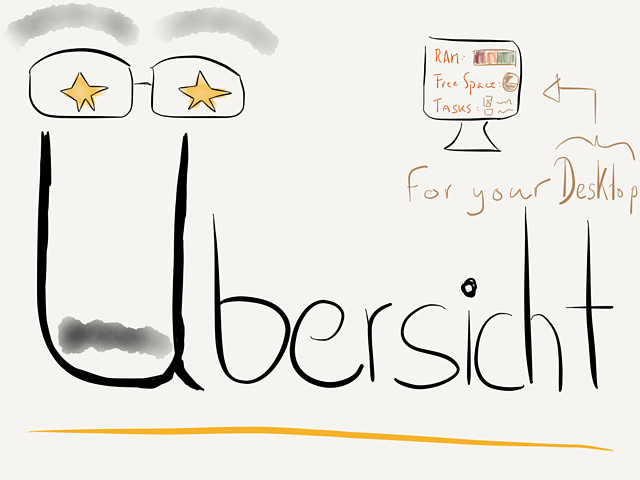 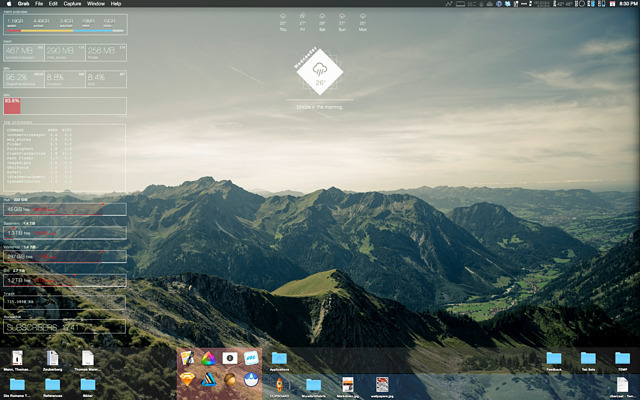 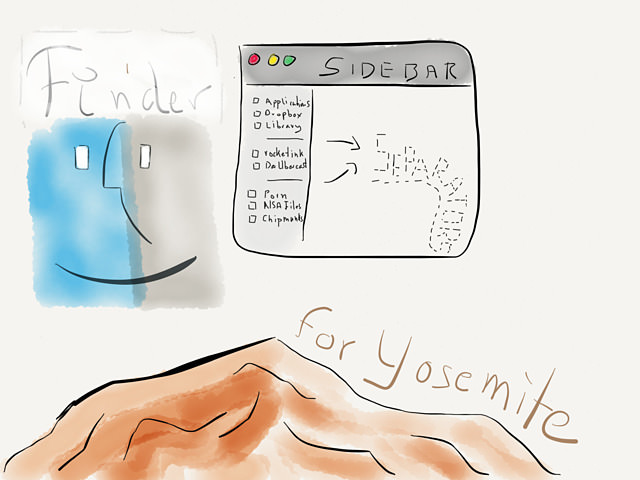 Hi, first and foremost an apology for me being absent on RocketINK… but not only the blog took a downtime. In the meantime I sorted out some of life’s issues that arise from time to time, started a new side-project (Der Ubercast - a German tech podcast with an aeronautic theme), gathered material for a link list that would fill pages and also made some more Keyboard Maestro macros.

A word of warning, I will start out slowly since I’m now determined to finish my BA thesis as swift as possible. Yep. I got priorities now. And as a side note, this blog ranks pretty high in my book. The sad truth is, I had to figure out the hard way that me procrastinating on one major thing ultimately will slow down everything else. I knew it all along, but it took some time to sink in.1

Now to the meat of this post. It’s light-weight, like I mentioned above. We will start gently. What we are dealing with is a follow-up to an old post of mine which was a follow-up to an ever older post from 2011 when I briefly gave Google+ a go as blogging platform: sidebar separators for OS 10.10. And let me tell you, they are a thing of beauty and shine like the only have shimmered before Lion. 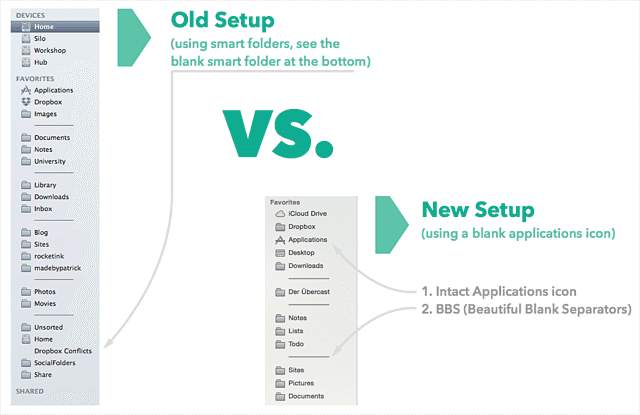 In former builds (≤ Snow Leopard) our lovely operating system of choice needed no extra tweaking to add this little hack to the Finder. Later we needed to decided which default icon we wanted to display with a blank icon, the applications folder or smart folders. As of today, we still need to replace the Applications folder file, but this time our applications folder icon stays intact whilst or separators just work and have no icon in front of them. Nice.

This is the file in question…

UPDATE (Nov 13, 2014): Attention. Currently this hack seems to be irreversible. There was no problem restoring to default in versions prior to OS X 10.10, but Yosemite is stubborn. I strongly recommend not to do this unless you’re absolutely sure you can live without an icon on the applications folder.

UPDATE (Aug 6, 2014): Sadly, as of today (Aug 6, 2014) Apple “fixed” this behavior in the latest Yosemite beta build. The Applications folder is nude again. If you can live with this (see screen shot below) just head on and download the package. If not, you’re only alternative at this point is to choose a blank smart folders icon (see my old post mentioned at the top). I decided to stick with this solution since there is only one Applications folder vs. multiple smart folders. 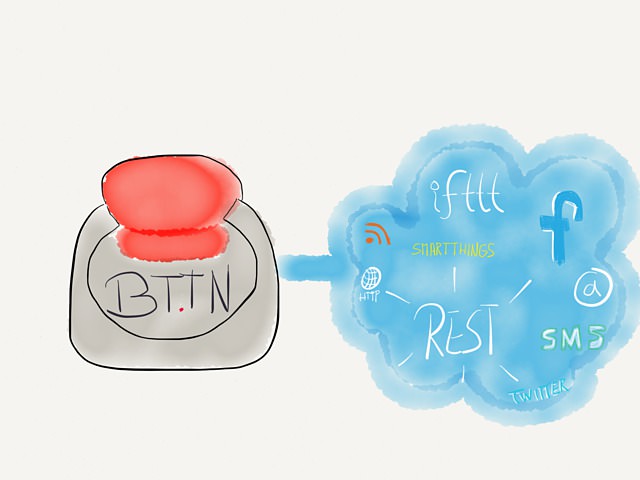 Ever wondered what if you could trigger IFTTT actions via a button? Well, for 69 Euros (roughly $94) you can stop pondering and start pushing “The bttn”.

On the official website there are several use cases outlined like your child could send a message with the push of a button when arriving from school or the bttn could remind you to take your medicine since it also has a wait-mode where it pulses slow (and later more rapidly if you decide to ignore it). Another popular use case is this scenario which is very common in shared flats: 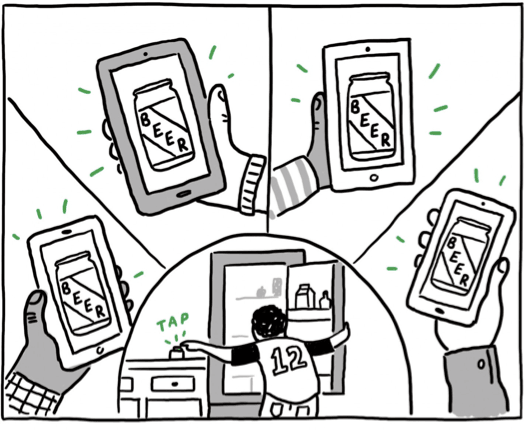 Despite that, the bttn mainly targets business owners. I’m sure there’s a wide variety of options where a button like the bttn makes sense, from the small local pizza place up to a big logistics and delivery company. In all honesty, who can resist pressing a red button?

Since the bttn’s LED lights can emulate four states, I’m already trying to think of actions where the bttn could help me bring some visual feedback into my GTD system. I’m not sure if it’s versatile enough for me, but it should be possible to send a timer via Launch Center Pro to IFTTT and get the bttn to blink. It’s no replacement for Due, but for important timers I can see it working.

My best guess is that blue is used for the pulsing. 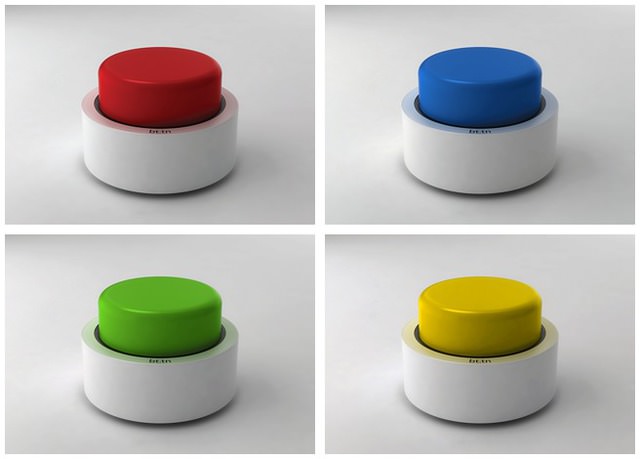 The bttn is build for indoor use and is powered by a battery or micro USB-cable. It works by sending a (free) message via the built-in GSM modem or over your home Wi-Fi to the companies server where it gets forwarded to your pre-configured IFTTT action. In the comments of this TechCrunch article it’s also mentioned by an employee that they are working on a Zapier integration.

The business model for a b2b-focused bttn will be monthly fees — something that corporate partners are more likely to be happy to pay for than private users. But early bttn adopters can snag the device without the monthly fee. Those who pre-order the device now can expect it to ship in October.

I’m not sure if this will only be mandatory for business who order a certain amount of units or if home users would have to pay that fee, too, after the pre-order sale ends on the 31st August. 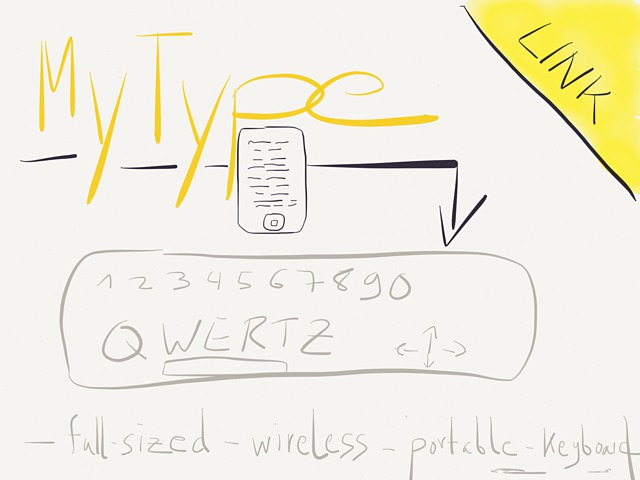 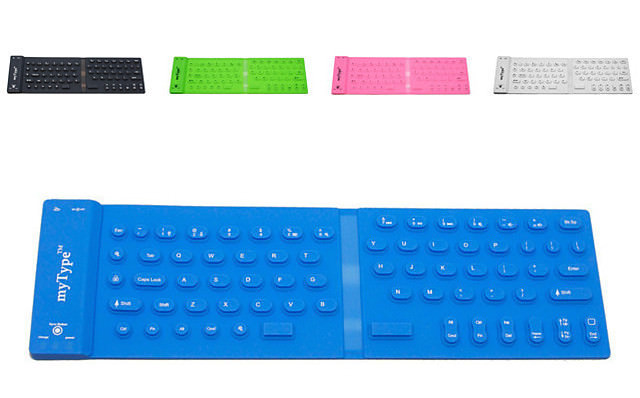