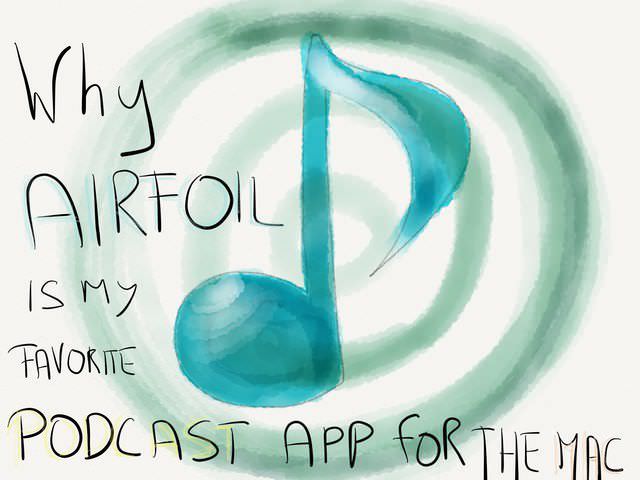 The recent release of native Mac versions of the popular iOS Podcast apps Instacast and Downcast reminded me of how excellent one little Mac gem is: Airfoil. 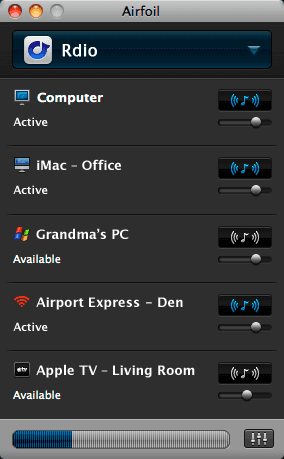 Airfoil can send whatever you’re playing on your Mac to your iPhone, iPad or basically every gadget that comes with AirPlay support.

In the mid-July the released the official Airfoil Remote for iOS with which you can control Airfoil for Mac without being right in front of your Mac.

Airfoil Remote also controls many audio sources playing through Airfoil. Pause your music in Spotify, skip tracks in Rdio, or see album artwork from Last.fm. With Airfoil and Airfoil Remote, full control is in the palm of your hand. Get Airfoil Remote in the iOS App Store!

Rogue Amoeba acquired Reemote for Airfoil with the result that Airfoil users now don’t need a separate server app running in the background anymore and can enjoy the complete Airfoil Suite served from one developer team.

By now you maybe wonder what sending audio from the Mac has to do with a really good podcast player. To be honest, Airfoil for Mac is only the padding, the real star for me is Airfoil Speakers, which you get for free when you buy an Airfoil license.

With Airfoil Speakers you can turn your Mac into an AirPlay receiver, making it the ideal companion for playing podcasts on your iPhone whilst listening to them on your Mac. When I come home and sit down in front of my Mac all I have to do is select my Mac in the AirPlay menu on my iPhone and continue listing right where I left off.1

My iPhone has become my main listening device, be it podcasts or audiobooks. I even listen to music on my iPhone via Airfoil Speakers from time to time when I’m on my desktop machine. The intial spark for going with this one device setup was that I grew unsatisfied with the state of podcast synchronization between my iPhone and iPad. After running out of space on my iPad because Podcasts took up so much space on the device. My iPhone had enough storage, but the sync - no matter how I configured my podcast app - didn’t deliver the results I wanted. One day I decided to deleted all podcast apps from my iPad and so far I’m happy with the decision. It’s no more micro-managing synchronization issues for me, which is good and just what I wanted. 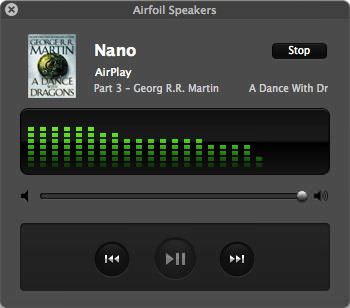 After Instacast for Mac was released I downloaded it to see if there was any benefit over my beloved Airfoil Speakers. To its defense: the Mac version definitely works, but I still prefer my one device approach. Hence, I won’t even bother to check out Downcast for Mac.

If you’re a Spotify users you will enjoy this app tremendously. Spotify is a peer-to-peer based piece of software which means that the bandwidth it uses can be very demanding… demanding and unpredictable. The Spotify forums are full of complaints about this, but that’s simply they way how Spotify works and it’s a part of how they can offer their product for a dumping price to the whole world. When I started with Spotify I wasn’t aware of its peer-to-peer nature until my upload bandwidth was constantly maxed out. The solutions I found involved blocking parts of Spotify via the host file or Little Snitch, using Hazel to clean the cache folder and many more workarounds which all didn’t work that well in the end. So, to avoid this I switched to Spotify on iOS and streamed the content to Airfoil Speakers. It’s a simple solution to keep Spotify from killing your upload bandwidth and it works really well, thanks to the iOS clients being just so good.

As an audiobook buff I also swear by Airfoil Speakers. If you’re into audiobooks, you’ve probably know that playback position syncing was added to iCloud with iTunes 11 and iOS 6. However, iTunes *wireless sync* doesn't support this – at least not for audiobooks. Update: As reader Teddy Svoronos reported this also works wireless now, but it’s unreliable.

I admit it’s been a while since I checked if Apple did anything on that front. And, as of writing this post I wanted to check again if iOS 7 maybe changed anything in that regard for the better. I tried my best, but as so often my iPhone wouldn’t show up as connected in iTunes. In my book this is another point for Airfoil Speakers.

Last but not least, for Audible users this should also be an easy way of getting their listing to the Mac.

This was my list of tiny little reasons why Airfoil works for me. If you caught yourself mentally checking off some points too that you were not to happy with before, you might want to head over to Rogue Amobea and give the trial version a test run.