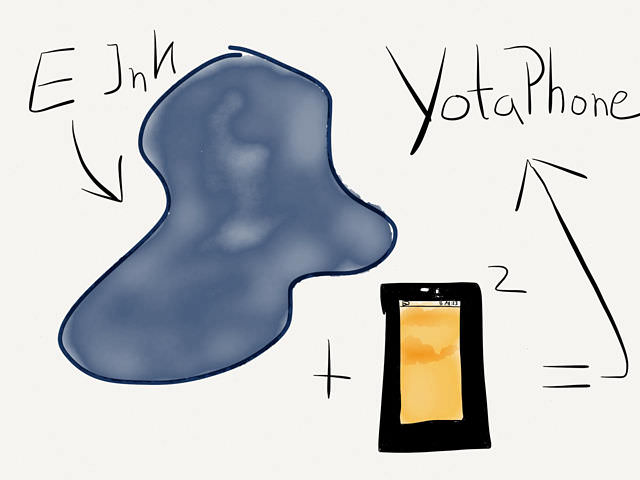 There is no blood on the dance floor in the world of smartphones but E Ink. Okay, it’s not the dance floor, it’s the back of a smartphone. You might wonder what this post is about, if not a post about terrible introductions. Let me enlighten you:

The Yotaphone is an E Ink smartphone with a dual screen. The release hung in the balance the last couple of months but things went fast and out of a sudden the innovative Russian product is officially released and available since the 4th December in Russia. Some European countries, c.f. Germany ought to get the phone too by mid-December.

The back of the Yotaphone carries an E Ink display and the front acts as a normal smartphone. It has 4.3″ screen and runs on (the slightly older) Android 4.2.2. 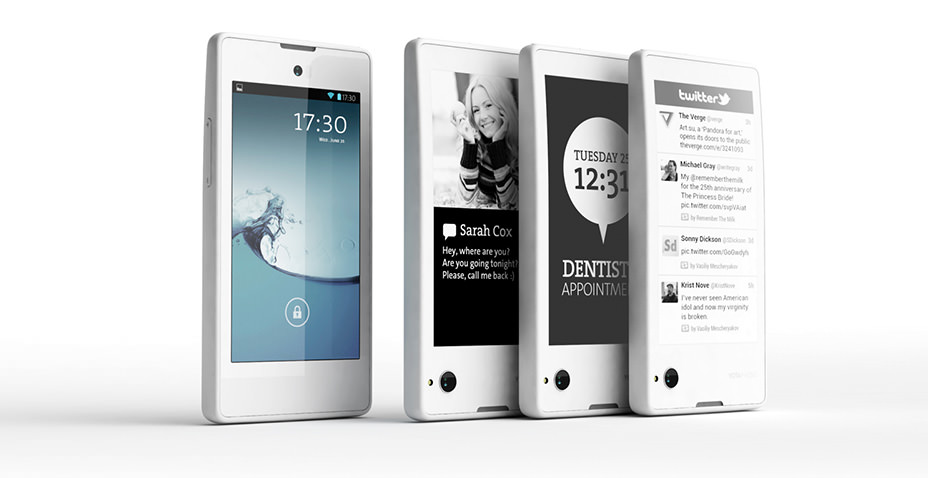 The hardware specs are not on the upper-end for a $689 (500 €) phone, but we know that strategy from Apple. If a thing called innovation has a finger in pie you’re allowed to charge a bit extra.

The Yotaphone runs on a 1.7 GHZ Dual-Core processor, has 2 GB RAM and a 32 GB SSD flash memory.

The price construction is not the only inspiration they might have taken from Apple. Yota had an Apple style launch event on Wednesday which was streamed live by Cnet and in which the word “magical” appeared frequently. The

After all the price seems reasonable since where not talking about Apple or Samsung and are dealing with a gadget that has 2 displays. If you’re not stuck in the Apple eco-sphere and do a lot of reading on your device this might be a gadget for you. If you’re tempted keep in mind that the E Ink screen is fairly small and won’t be an adequate replacement for a device like the Kindle Paperwhite.

Feature-wise the E Ink display can display updates in real time. It’s always on and hence could be useful in some scenarios when you’re battery is flat, for instance this scenario: 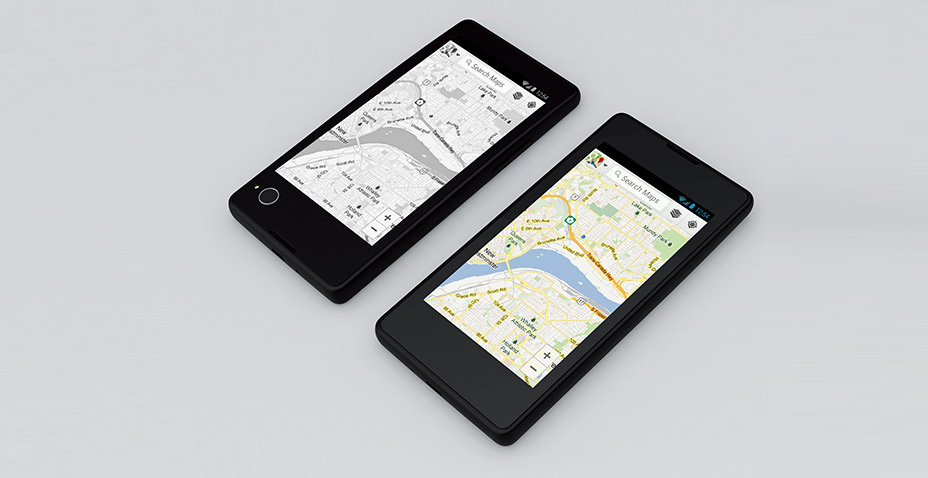 You can use it for RSS feeds, your calendar, notifications1. Basically you have a canvas to which you can a widgets to it.

PS: If you’re not in for the whole keynote (30 minutes presentation and from then on begins the Q&A session), Engadget has a review here,